From New Day to New Deal: American Farm Policy from Hoover to Roosevelt, 1928-1933 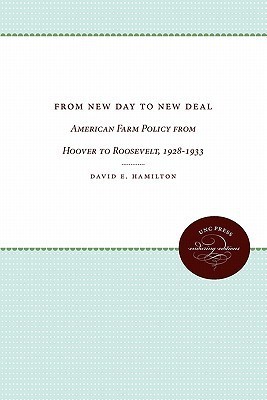 Hamilton examines the “farm problem” of the 1920s and 1930s, focusing on how the Hoover administration and the early New Deal responded to the farm crisis of the Great Depression and to the debate over a long-range farm policy. He argues that Hoover’s farm plan failed because of the inherent flaws and limitations of Hoover’s associational prescriptions and his simplistic conceptions about agriculture. Originally published 1991. A UNC Press Enduring Edition — UNC Press Enduring Editions use the latest in digital technology to make available again books from our distinguished backlist that were previously out of print. These editions are published unaltered from the original, and are presented in affordable paperback formats, bringing readers both historical and cultural value.